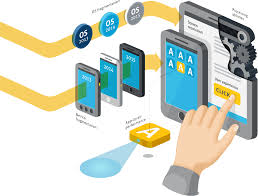 Let us first try to understand what is mobile testing ?

Mobile Application Testing is a process by which application software developed for handheld mobile devices is tested for its functionality, usability and consistency. Mobile application testing can be either automated or manual type of testing.

Let’s see what automated and manual testing in mobile testing.

Mobile automation, as the name suggests, refers to ‘automation‘ that is done on mobile devices. Automation is the process whereby one automates testing of an application – in this case a mobile application – which can be a WAP site or an app. This can be done by using tools and helps in reducing the testing time cycle.

Some of the most popular ones are:

Although it requires more effort than the automation, it successfully checks for bugs, if any, in the software system.

Here are some of the Testing Framework which can aid in testing the mobile apps:

Now you may be confused whether to Automate the test or do manual testing!

There are scenarios that are best tested with automation testing, but there are few that give the finest results with manual testing too.

The stages of mobile application testing: 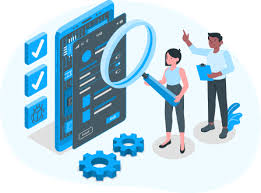 Remember you need to handover the testers the screen layouts, navigational charts, and other requirements that are obscure on the design.

Here you are testing whether it is working as per the requirement specifications, you keep the following factors in mind while you functionally test

Here you ensure that your application provides convenient browsing to your customers and creates an innate interface that abides by industry standards.

This validates the optimal performance of your application on different devices based on their size, screen resolution, version, hardware, etc. Compatibility testing also takes care of

Performance test helps you test your application reaction and constancy under the specific workload. The Test attributes would be,

The security testing validates the security features of your application. It also analyzes the risks of application hackers, protection, viruses, and unauthorized access to extremely sensitive data.

Recovery test tests the ability of your application to withstand and successfully recover from possible and potential failures caused by software issues, hardware failures, or communication problems.

Localization testing tests the adaptability of your application for    a specific target audience based on cultural specifics.

When complete testing is done, you might find some bugs, resulting in a certain piece of code to change to eliminate those bugs. After these code changes you again need to carry out a round of testing. This basically includes:

The following factors can be considered while pushing app for Beta

Certification testing tests whether your application meets the standards, licensing agreements, terms of use and requirements of stores like the App Store, Google Play, and Windows Phone.